My vote for the most under recognized and misreported battle in the American Revolution goes to the Battle of Brooklyn. Even its name is misreported as many historians refer to the battle as the Battle of Long Island. Others conflate the battle in Brooklyn with the string of patriot defeats and refer to the loss of New York City or the New York campaign. On August 27, 1776, British and Patriot forces clashed entirely in the area we know as Brooklyn today and no other areas of Long Island saw conflict. Typically battles are named after nearby towns or cities (Trenton, Saratoga, etc.) not larger geographical areas such as states or regions.

Here is why the Battle of Brooklyn should be better known.

Outmaneuvering the Americans, the British won a huge victory by executing a daring night march around the Patriot left flank. British forces killed or captured over 1000 Patriots and swept the Continental army from the battlefield. However, the Patriots were able to retreat to Brooklyn Heights and eventually evacuate to Manhattan. Heroically, a small unit of Marylanders (The Maryland 400) averted a larger catastrophe and prevented the British from crushing the rebellion that day. The Maryland 400 charged five or six times into a vastly superior British force under the command of Lord Cornwallis to bide time for the rest of the Patriot army to retreat. This courageous charge preserved the Patriot army to fight another day. 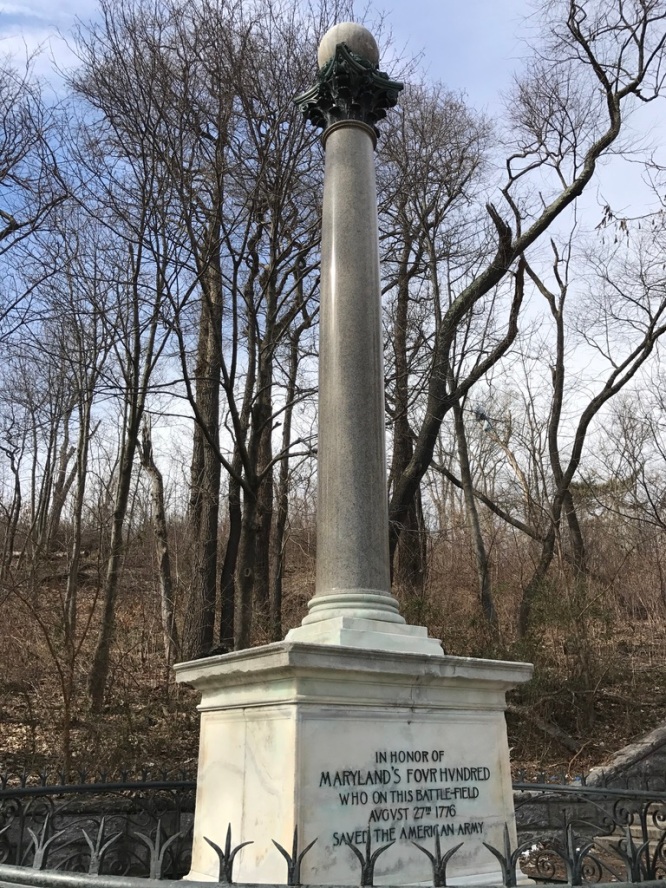 Memorial to the Maryland 400 in Prospect Park, Brooklyn

Citizens and historians have a natural tendency not to commemorate lost battles, especially those where cities have transformed the geographies. However, Brooklyn residents are rightly proud to be living on such a historic battlefield and have opened a museum on the site where the Maryland 400 clashed with the British. The museum is located in Washington Park and is housed in a restored colonial Dutch farmhouse, now called the Old Stone House. A community organization operates the Old Stone House museum and offers an impressive array of historical and cultural events. To learn more about the Battle of Brooklyn, visit the Old Stone House in Brooklyn (www.theoldstonehouse.org). 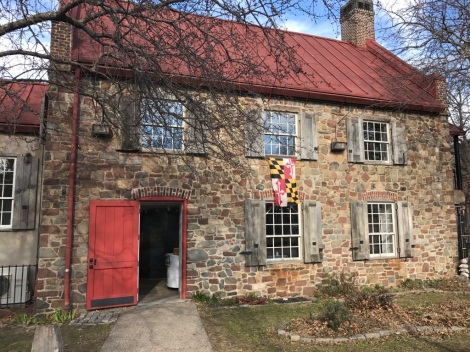 Visitors interested in walking the battlefield should download the museum’s annotated walking tour guide of battle sites in today’s Brooklyn (http://theoldstonehouse.org/wp-content/uploads/2016/01/Battle-Brooklyn-walking-tour.pdf). In addition, there is a series of videos at http://theoldstonehouse.org/history/battle-of-brooklyn/. The Old Stone House community organization provides an impressive and valuable service to commemorate those soldiers who fought and lost their lives on this important site in American history.

For those who would like to read more about the Battle of Brooklyn, I recommend the following four books.

Daughan provides a strategic analysis of the importance of the Hudson River Valley to the outcome of the Revolution.   He provides a context for why the Battle of Brooklyn was important.

This is one of the few books focusing solely on the Battle of Brooklyn and one of the first to transition it name from the Battle of Long Island. While some of Gallagher’s conclusions are debatable, it is a valuable source for those interested in the battle details.

Schecter, Barnet. The Battle for New York: The City at the Heart of the American Revolution. New York: Walker & Co, 2002.

Schecter provides a comprehensive view of the strategic options facing British and Patriot commanders in the New York City area in 1776.

[i] Excludes sailors on ships. Interestingly Brooklyn resulted in only 16th most American casualties among Revolutionary battles.