The Green Mountains are Vermont’s most iconic images which dominate the vistas almost everywhere in the state.  The second most iconic image is that of Green Mountain Boy Colonel Ethan Allen demanding the surrender of the Fort Ticonderoga at the beginning of the American Revolution.  Given this intertwined history, one would have thought that Vermonters would name one of their highest peaks after the intrepid Allen.

However, that turned out to not be the case. Vermont’s highest peaks are named after towns that sit below the summits, a camel and even a character in a Walter Scott poem. Even more intriguing, one of the highest mountains is named for a Massachusetts general who barely set foot in the state.

In a remote part of the Green Mountains, Vermonters did name the 24th highest peak in the state after Ethan Allen.  The twin-peaked mountain is difficult to visually identify from the valley below and is rarely visited.  Only a few through backpackers attempting to hike the entire length of the state on the Long Trail climb its summit.

First and only trail sign for Allen’s eponymous peak

The trail to the peak is a typical New England trail – no switchbacks – just straight up!  In many places, it is akin to walking up a stream.

The north peak sports an old wooden sign but no USGS marker in sight.  Note, other sources add 8 feet to the elevation, overwise Mt. Ethan Allen would be tied for 24th highest with Bolton Mountain, a much more prominent peak to the north (and near land once owned by Ethan Allen) which boasts wonderful downhill and nordic ski centers. 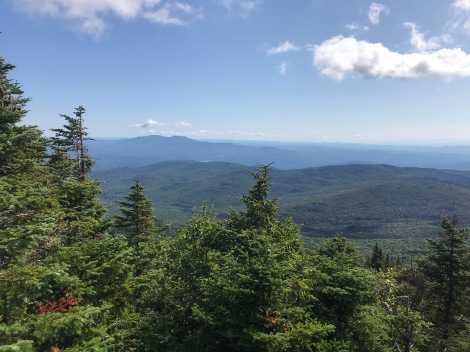 Summit view to the northeast

In contrast to the summit of nearby Camel’s Hump which hosted fifty or more hikers a day, there were no other hikers at Mt. Ethan Allen.  The exposed rock ledge is a wonderful place for peaceful reflection and relaxation.  It is also an ideal place to reflect on legacies and why later Vermonters valued Ethan Allen more than his contemporaries.

Summit view to the southeast

The 180 degree view spans Mt. Hunger to the north to the Mad River Valley in the south.  To the east are an unseemingly unended series of mountain ranges.  On a clear day, New Hampshire’s Mt. Washington and the Presidential Range are in view. 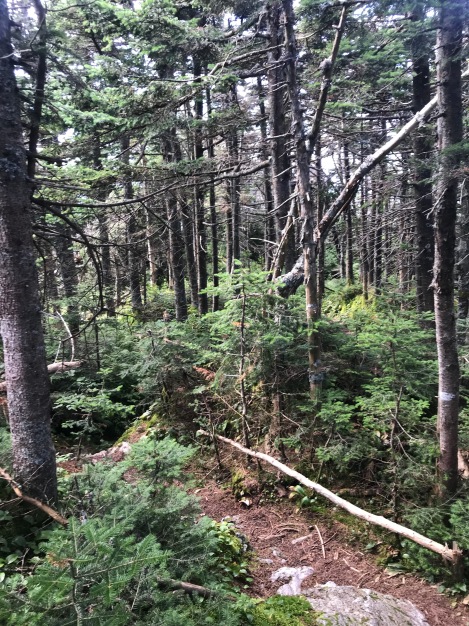 Walk to the South Peak

There is no summit sign on the south peak, only a non-descript iron stake that is likely the official marker.

Mt. Ethan Allen appears more prominently when looking back on the hike to the summit of the four hundred foot higher Camel’s Hump.  One of the most recognizable summits due to its unique shape, Camel’s Hump has been a beacon for travelers for centuries.  It can be seen from the Adirondacks and Lake Champlain to the west and many parts of the Mad River Valley to the east. 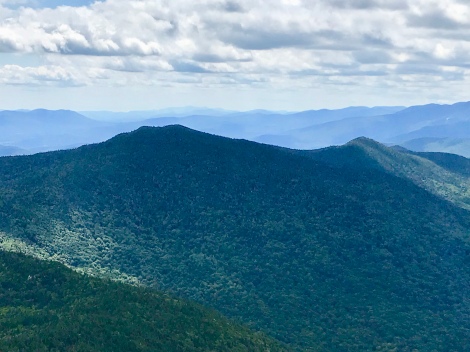 To the right of Mt. Ethan Allen, is a 200-foot lower summit named for Ira, Ethan’s youngest brother.  Although lessor known today, Ira also had a signficant impact on the development of Vermont.  In addition to being an early political leader, he donated land to found the University of Vermont in Burlington.

For a map and description of the shortest hike to Mt. Ethan Allen, see Vermont State Parks webpage.